More than two centuries after his death, Edmund Burke deserves the admiration of lovers of liberty everywhere.

The advance of liberty in the British Isles is a fascinating, 800-year journey. It remains central to the story of human progress in the world, and a giant of that long struggle was the parliamentarian and political philosopher Edmund Burke.

The rise of British liberty began in 1215 in a meadow at Runnymede, 20 miles west of London. It was there that King John was compelled by English barons to approve the Magna Carta (Latin for “Great Charter"). Taxation, the document demanded, must secure the approval of the people through their representatives in Parliament. Harassment of merchants would have to stop. And, among other things, property could not be seized except through judgment of one’s peers in a court of law. This was not “moderate” stuff. It was truly radical.

Though the King reneged on his promises, he died a year later. Subsequent monarchs felt obliged to reinstate the Great Charter; some followed it more faithfully than others, and the battle to curtail the powers of the Crown and broaden the liberties of the people persisted for centuries.

Wat Tyler’s Peasants’ Revolt of 1382 was motivated by the spirit of Magna Carta, as were the civil wars of the 1640s and the English Bill of Rights of 1689. All of this and more is brilliantly portrayed in the two-part 2017 documentary, Secrets of the Magna Carta.

Edmund Burke hailed from British-controlled Ireland but moved to London in 1750. He served as an elected member of the House of Commons from 1766 to 1794 and died in 1797 at the age of 68. Though he is best known for his critique of the French Revolution, a collection of his writings and speeches could easily fill many volumes. A 1997 sampler of simply his best absorbed a hefty 702 pages. His political career condensed and personified the advance of British liberty, focused as it was on shrinking the arbitrary power of the State (the monarchy in particular) and expanding the room for civil society, individual rights, and personal initiative.

“All who have ever written on government are unanimous,” he wrote, “that among a people generally corrupt, liberty cannot long exist.” This was a man who appreciated the indissoluble relationship between liberty and character.

It is to Burke’s speech to the House of Commons of February 11, 1780 that I wish here to call the reader’s attention. Little known today, it prompted considerable attention when delivered. Titled (in abbreviated form) Speech on Economical Reform, it aimed to take advantage of the King’s preoccupation with the war in America to further erode the monarchy’s command of money and power. He began his remarks with a clear statement of his intent, which was to achieve “a considerable reduction of improper expense,” “a provident administration of public money,” limits on the government’s ability to incur debt, and an end to “corrupt influence which is itself the perennial spring of all prodigality.” He understood that better government required less government—a lot less.

Burke intended with this speech to introduce some broad precepts, to be followed later by bills that would implement them by enacting specifics. Igniting a great debate from a lofty start, he hoped his fellow MPs would muster the courage to do the right thing. He knew the job would not be easy because some of his fellow members were personally on the receiving end of special privileges, subsidies, connections and wasteful layers of redundant government. Nonetheless, he spoke truth to power—one of the great qualities of Burke the statesman, or, for that matter, of any statesman worthy of the name.

Here is a selection of Burke’s eloquence from that important address, beginning with his no-holds-barred description of what he was up against. Think of his words in the context of how refreshing it would be to hear them resonate today from a courageous member of either the British Parliament or the US Congress:

The private enemies to be made in all attempts of this kind are innumerable; and their enmity will be the more bitter, and the more dangerous too, because a sense of dignity will oblige them to conceal the cause of their resentment. Very few men of great families and extensive connections but will feel the smart of a cutting reform, in some close relation, some bosom friend, some pleasant acquaintance, some dear, protected dependent. Emolument is taken from some; patronage from others; objects of pursuit from all. Men forced into an involuntary independence will abhor the authors of a blessing which in their eyes has so very near a resemblance to a curse….I risk odium if I succeed, and contempt if I fail. My excuse must rest in my and your conviction of the absolute necessity there is that something of the kind should be done.

People who consider themselves “moderate” often straddle an issue rather than resolve it. To draw a Solomonic analogy, moderation cuts the baby in half to avoid casting an unequivocal lot with one side or the other. Take, for example, the spending by a government agency that itself is obsolete, corrupt, unconstitutional, or harmful. The moderate approach might be to curtail it but keep it in place, which then allows it to grow again later. To his credit, Burke was both right and radical on such matters, which he described as questions of “whether we ought to economize by detail or by principle.” He advised his colleagues:

First, That all jurisdictions which furnish more matter of expense, more temptation to oppression, or more means and instruments of corrupt influence, than advantage to justice or political administration, ought be abolished.

Second, That all public estates which are more subservient to the purposes of vexing, overawing, and influencing those who hold under them, and to the expense of perception and management than of benefit to the revenue, ought, upon every principle both of revenue and of freedom, to be disposed of.

Before Burke’s time, Kings and Queens were typically vain, greedy and incompetent. They bestowed titles on themselves and their favored subjects with abandon. They granted monopolies and privileges. They built local bureaucracies and tax-collecting entities as instruments of royal power. To get them to reduce, eliminate or consolidate anything was well nigh impossible most of the time.

Burke noted how ridiculous it was to traverse the country, only to find the King of England pop up as the Prince of Wales, the Earl of Chester, the Duke of Lancaster, and various other officious designations lording it over principalities, duchies, palatinates or other such jurisdictions. For the sake of both efficiency and liberty, he argued, England should rid itself of the worst of these redundancies and amalgamate the rest:

When a government is rendered complex, which in itself is no desirable thing, it ought to be for some political end which cannot be answered otherwise…To avoid, therefore, this minute care, which produces the consequences of the most extensive neglect, and to oblige members of Parliament to attend to public cares, and not to the servile offices of domestic management, I propose, Sir, to economize by principle.

At the time of Burke’s 1780 speech, George III had been King for 20 years and would go one to be King for 40 more. He was at the height of his reign while attempting to subdue the rebellious American colonies but Burke was not intimidated by George or his court:

Kings are naturally lovers of low company. They are so elevated above all the rest of mankind that they must look upon all their subjects as on a level. They are rather apt to hate than to love their nobility, on account of the occasional resistance to their will…It must, indeed be admitted that many of the nobility are as perfectly willing to act the part of flatterers, tale-bearers, parasites, pimps, and buffoons, as any of the lowest and vilest of mankind can possibly be…The Roman emperors, almost from the beginning, threw themselves into such hands; and the mischief increased every day till the decline and final ruin of the empire.

In his concluding paragraph, Burke announced he would propose a bill that would fulfill the principles he had so eloquently defended. And that he did. As early as 1782, even before the war in America ended, some of Burke’s recommendations were deemed so compelling that they passed Parliament. Others were enacted to one degree or another in subsequent years.

In earlier times, Burke’s words would have dispatched him to a dungeon. His proposals would have gone nowhere. But the Britain of 1780 had come a long way, thanks to principled “radicals” like this statesman of Irish birth. The steady retrenchment of the State would accelerate in the nineteenth century, positioning Britain on the eve of World War I as the planet’s freest and most prosperous enclave.

Most of the credit for that amazing outcome goes not to moderation but to radicalism. The Magna Carta was radical, and so were the heroes and heroic documents it spawned, century after century. More than two centuries after his death, Edmund Burke as a radical hero deserves the admiration of lovers of liberty everywhere.

Lawrence W. Reed is FEE's President Emeritus, Humphreys Family Senior Fellow, and Ron Manners Global Ambassador for Liberty, having served for nearly 11 years as FEE’s president (2008-2019). He is author of the 2020 book, Was Jesus a Socialist? as well as Real Heroes: Incredible True Stories of Courage, Character, and Conviction and Excuse Me, Professor: Challenging the Myths of Progressivism. Follow on LinkedIn and Twitter and Like his public figure page on Facebook. His website is www.lawrencewreed.com. 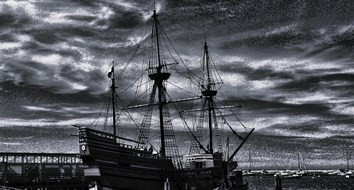 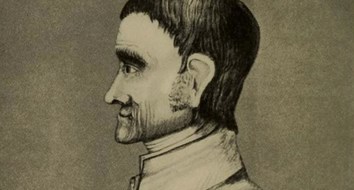 John Woolman: The Conscientious Quaker Who Paved the Way for the Abolitionist Movement 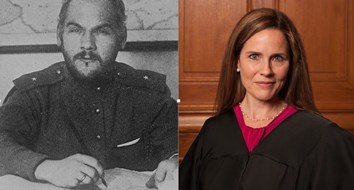 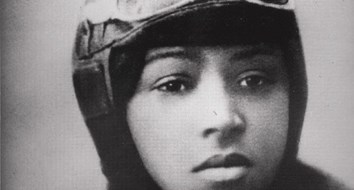 The Uncommon Life of Bessie Coleman