The Roman Republic of 1849: Lessons from a Five-Month Country

The heroes of that brief moment in time who tried to make central Italy a somewhat freer place should be remembered for all time.

Image by Andrea Albanese from Pixabay

The ancient Roman Republic endured for half a millennium before it collapsed into the imperial autocracy we know as the Roman Empire. But did you know there was another Roman Republic only 170 years ago?

The culprit in the demise of the Roman Republic of 1849 was another Napoleon, the nephew of the more famous first one.

That second one was much smaller—the city of Rome itself and a portion of the Papal States of central Italy. Its longevity was nowhere near the 500 years of the first. In fact, it lasted only five months, from February 1849 until a French invasion killed it 17 decades ago today—July 3, 1849.

Early in the 19th century, the French under Napoleon Bonaparte snuffed out many independent enclaves, including the remarkable Republic of Ragusa and the short-lived Septinsular Republic. The culprit in the demise of the Roman Republic of 1849 was another Napoleon, the nephew of the more famous first one.

Here’s the story in a nutshell.

The Combination of Church and State

The Papal States of the late 1840s constituted a single country united under the Pope’s leadership. It was notorious for corruption, a stunted economy, a huge and politicized police force, and a political apparatus open only to members of the Catholic clergy. With liberal ideas sweeping Europe, it was fast becoming a medieval anachronism.

The assassination of a close associate of Pope Pius IX in November 1848 sparked an uprising in Rome. Protesters demanding a more liberal government (in the European sense of the term) forced the Pope to flee the city and set up shop 75 miles to the south, in Gaeta. The leadership of the Republic cut taxes, abolished capital punishment, instituted freedom of the press, and began humane prison reforms.From there, he issued threats of excommunication against the rebels, who paid him little attention and proceeded to hold free elections for a new constitutional assembly.

One of the rabble-rousers was a former priest, the Abbé Arduini, who declared at a political rally that the worldly power of papal government was a “historical lie, a political imposture, and a religious immorality.” It was a remarkable call for separation of church and state in a place where church and state had been one and the same for centuries. One week later, the elected assembly officially declared the territory under its jurisdiction to be the new “Republic of Rome.”

The leadership of the Republic immediately announced that the Pope could return, but only as the head of the Roman Catholic Church, nothing more. It also cut taxes, abolished capital punishment, instituted freedom of the press, and began humane prison reforms.

On the downside, it began printing lots of paper money to pay for increased spending on public works and unemployment programs. Even many of the best politicians are suckers for such rob-Peter-to-pay-Paul boondoggles—a fact that was as true late in the ancient Roman Republic as it was in this more recent incarnation.

Issuing almost daily denunciations from his perch in Gaeta, Pius IX schemed to bring the infant republic to an end. His friends convinced France’s president and soon-to-be emperor, Louis Napoleon, to send troops to Italy, expel the rebels, and reinstate the Pope’s temporal authority. The heroes of that brief moment in time who tried to make central Italy a somewhat freer place should be remembered for all time.The military leadership of Italian patriot Giuseppe Garibaldi wasn’t enough to prevent the French from seizing Rome on July 3, 1849.

The Republic was no more, though it was another nine months before the Pope made his appearance in the French-occupied city. The pontificate of Pius IX, which began in 1846, would become the longest in history, lasting more than 31 years until his death in 1878. The Roman Republic his allies crushed would be but a flash in history’s pan.

Nonetheless, the heroes of that brief moment in time—the ones who tried to make central Italy a somewhat freer place—should be remembered for all time.

Lawrence W. Reed is FEE's President Emeritus, Humphreys Family Senior Fellow, and Ron Manners Global Ambassador for Liberty, having served for nearly 11 years as FEE’s president (2008-2019). He is author of the 2020 book, Was Jesus a Socialist? as well as Real Heroes: Incredible True Stories of Courage, Character, and Conviction and Excuse Me, Professor: Challenging the Myths of Progressivism. Follow on LinkedIn and Parler and Like his public figure page on Facebook. His website is www.lawrencewreed.com. 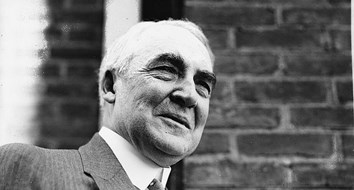 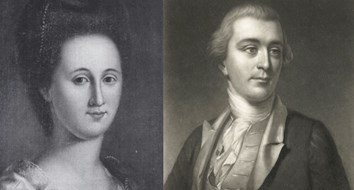 Joseph and Esther Reed: Two Reeds I Want to be Related To 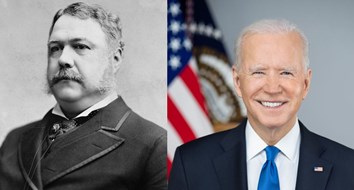 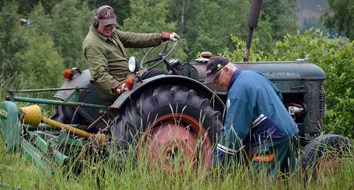 Don’t Forget to Celebrate Capital on Labor Day, Too