5 Ideas at the Heart of Socialism

Liberty and the power of ideas.

A belief that I stress again and again is that we are at war — not a physical, shooting war, but a war capable of becoming just as destructive and just as costly.

Ideas have had earthshaking consequences.

The battle for the preservation and advancement of liberty is a battle not against personalities but against opposing ideas. The French author Victor Hugo declared, “One resists the invasion of armies; one does not resist the invasion of ideas.” This statement is often rendered as “More powerful than armies is an idea whose time has come.”

Ideas have had earthshaking consequences. They have determined the course of history.

Feudalism existed for a thousand years in large part because scholars, teachers, intellectuals, educators, clergymen, and politicians propagated feudalistic ideas. The notion “once a serf, always a serf” kept millions of people from ever questioning their station in life.

Under mercantilism, the widely accepted concept that the world’s wealth is fixed prompted men to take what they wanted from others in a long series of bloody wars.

The publication of Adam Smith’s The Wealth of Nations in 1776 is a landmark in the history of the power of ideas. As Smith’s message of free trade spread, political barriers to peaceful cooperation collapsed, and virtually the whole world decided to try freedom for a change.

Marx and the Marxists would have us believe that socialism is inevitable, that it will embrace the world as surely as the sun will rise in the east tomorrow. As long as men have free will (the power to choose right over wrong), however, nothing that involves human volition can ever be inevitable. If socialism comes, it will come because men choose to embrace its principles.

Socialism is an age-old failure, yet the socialist idea constitutes the chief threat to liberty today. As I see it, socialism can be broken down into five ideas:

Passing laws has become a national pastime. Business in trouble? Pass a law to give it public subsidies or restrict its freedom of action. Poverty? Pass a law to abolish it. Perhaps America needs a law against passing more laws.

Almost invariably, a new law means: (a) more taxes to finance its administration, (b) additional government officials to regulate some heretofore unregulated aspect of life, and (c) penalties for violating the law. In brief, more laws mean more regimentation, more coercion. Let there be no doubt about what the word coercion means: force, plunder, compulsion, restraint. Synonyms for the verb form of the word are even more instructive: impel, exact, subject, conscript, extort, wring, pry, twist, dragoon, bludgeon, and squeeze.

When government intervenes in the free economy, bureaucrats and politicians spend most of their time undoing their own handiwork. To repair the damage of provision A, they pass provision B. Then they find that to repair provision B, they need provision C, and to undo C, they need D, and so on until the alphabet and our freedoms are exhausted.

The pass-a-law syndrome is evidence of a misplaced faith in the political process and a reliance on force, which are anathema to a free society.

Government by definition has nothing to distribute except what it first takes from people. Taxes are not donations.

In the welfare state, this basic fact gets lost in the rush for special favors and giveaways. People speak of “government money” as if it were truly free.

One who is thinking of accepting something from the government that he could not acquire voluntarily should ask, “From whose pocket is it coming? Am I being robbed to pay for this benefit, or is government robbing someone else on my behalf?” Frequently, the answer will be both.

The result of this fantasy is that everyone in society has his hands in someone else’s pockets.

Recently, a welfare recipient wrote her welfare office and demanded, “This is my sixth child. What are you going to do about it?”

An individual is victim to the pass-the-buck psychosis when he abandons himself as the solver of his problems. He might say, “My problems are really not mine at all. They are society’s, and if society doesn’t solve them and solve them quickly, there’s going to be trouble!”

Socialism thrives on the shirking of responsibility. When men lose their spirit of independence and initiative, their confidence in themselves, they become clay in the hands of tyrants and despots.

Leonard Read, in “The Free Market and Its Enemy,” identified “know-it-allness” as a central feature of the socialist idea. The know-it-all is a meddler in the affairs of others. His attitude can be expressed in this way: “I know what’s best for you, but I’m not content to merely convince you of my rightness; I’d rather force you to adopt my ways.” The know-it-all evinces arrogance and a lack of tolerance for the great diversity among people.

In government, the know-it-all refrain sounds like this: “If I didn’t think of it, then it can’t be done, and since it can’t be done, we must prevent anyone from trying.” A group of West Coast businessmen once ran into this snag when their request to operate barge service between the Pacific Northwest and Southern California was denied by the (now-defunct) Interstate Commerce Commission because the agency felt that the group could not operate such a service profitably.

The miracle of the market is that when individuals are free to try, they can and do accomplish great things. Read’s well-known admonition that there should be “no man-concocted restraints against the release of creative energy” is a powerful rejection of the know-it-all affliction.

Coveting the wealth and income of others has given rise to a sizable chunk of today’s socialist legislation. Envy is the fuel that runs the engine of redistribution. Surely, the many soak-the-rich schemes are rooted in envy and covetousness.

Civilizations have been known to crumble under the weight of envy and the disrespect for property it entails.

What happens when people are obsessed with envy? They blame those who are better off than themselves for their troubles. Society is fractured into classes and faction preys on faction. Civilizations have been known to crumble under the weight of envy and the disrespect for property it entails.

A common thread runs through these five socialist ideas. They all appeal to man’s darker side: the primitive, noncreative, slothful, dependent, demoralizing, unproductive, and destructive side of human nature. No society can long endure if its people practice such suicidal notions.

Consider the freedom philosophy. It is an uplifting, regenerative, motivating, creative, exciting philosophy. It appeals to and relies on the higher qualities of human nature, such as self-reliance, personal responsibility, individual initiative, respect for property, and voluntary cooperation.

The outcome of the struggle between freedom and serfdom depends entirely on what percolates in the hearts and minds of men. The jury is still deliberating.

Find a Portuguese translation of this article here.

Lawrence W. Reed is FEE's President Emeritus, Humphreys Family Senior Fellow, and Ron Manners Global Ambassador for Liberty, having served for nearly 11 years as FEE’s president (2008-2019). He is author of the 2020 book, Was Jesus a Socialist? as well as Real Heroes: Incredible True Stories of Courage, Character, and Conviction and Excuse Me, Professor: Challenging the Myths of Progressivism. Follow on LinkedIn and Like his public figure page on Facebook. His website is www.lawrencewreed.com. 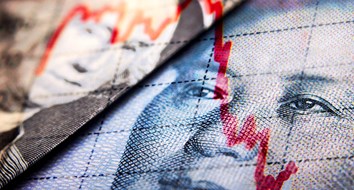 What China’s Hyperinflation in the 1940s Can Teach Americans 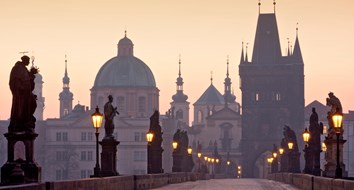